The four cisterns excavated so far in the city are of the ‘a bagnarola’ type, rectangular in plan but with rounded corners. This type of cistern has been considered to be of Punic tradition and is found throughout the western Mediterranean.
The cistern is built on the side of the promontory where part of its end has been carved out to serve as a wall and on its right side there is a staircase with five steps carved into the rock. It seems to be inscribed in a rectangular building whose northwest side is the outer wall of the cistern, which is levelled in height by powerful foundations built with large squared limestone blocks, some of them almost cyclopean. 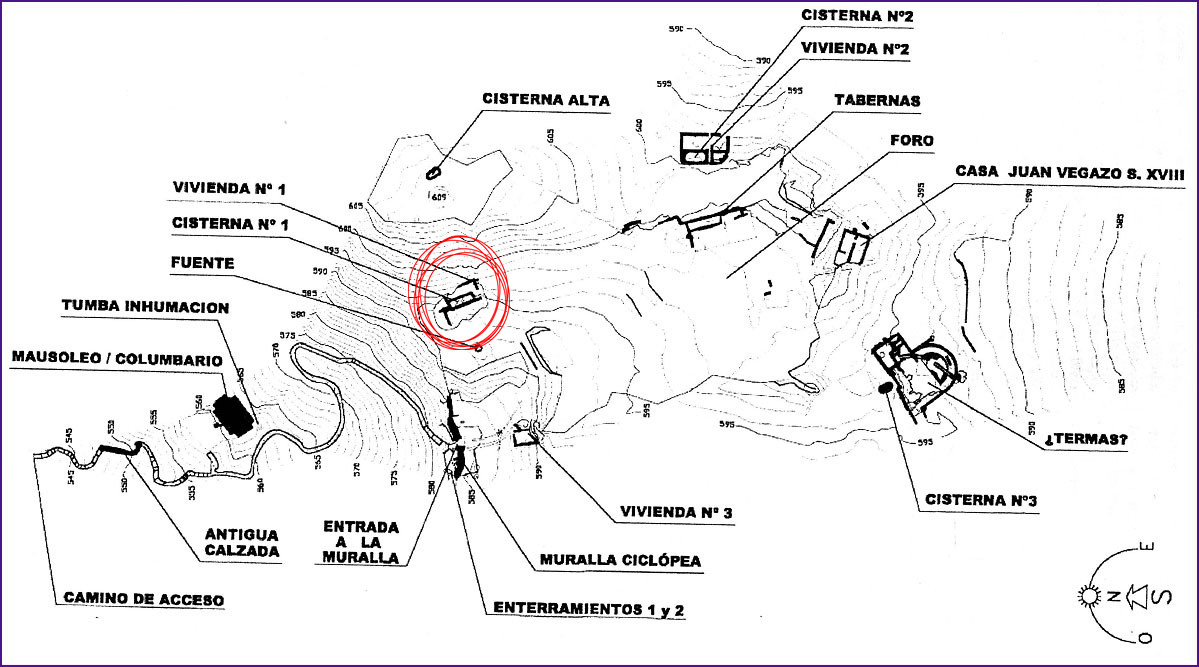 Its northern external corner is “L”-shaped with that of the next course, forming a strong retaining wall to resist the pressure of the stored water. This corner is 4.05 m high from the foundation to the opening of the cistern. Behind these blocks, the masonry is based on rows of limestone ashlars held together with a sand and lime mortar. Its interior is waterproofed with an “opus signinum” that has a hydraulic cord in its lower joints and has no cleaning well or drainage system. Its total depth is 2.25 metres and its dimensions are 8.20 metres long and 3.15 metres wide. It has been calculated that it would have a storage capacity of around 30,000 litres. 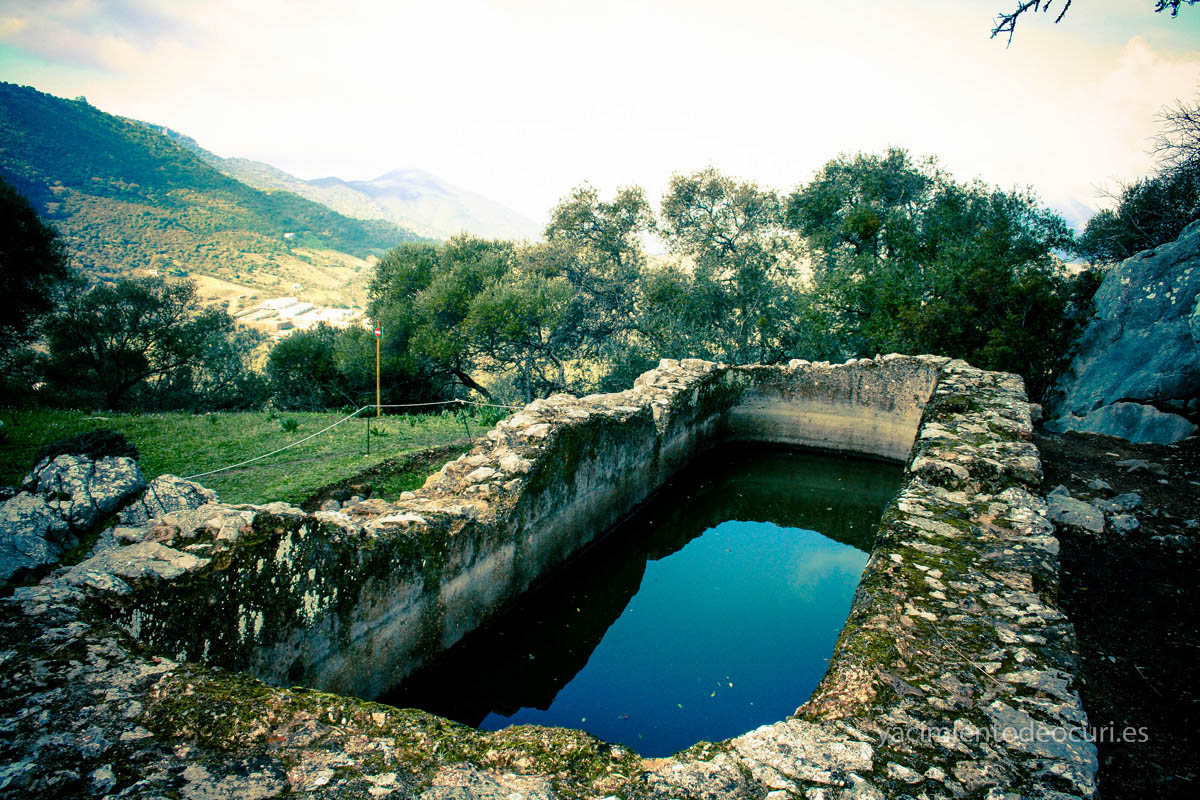 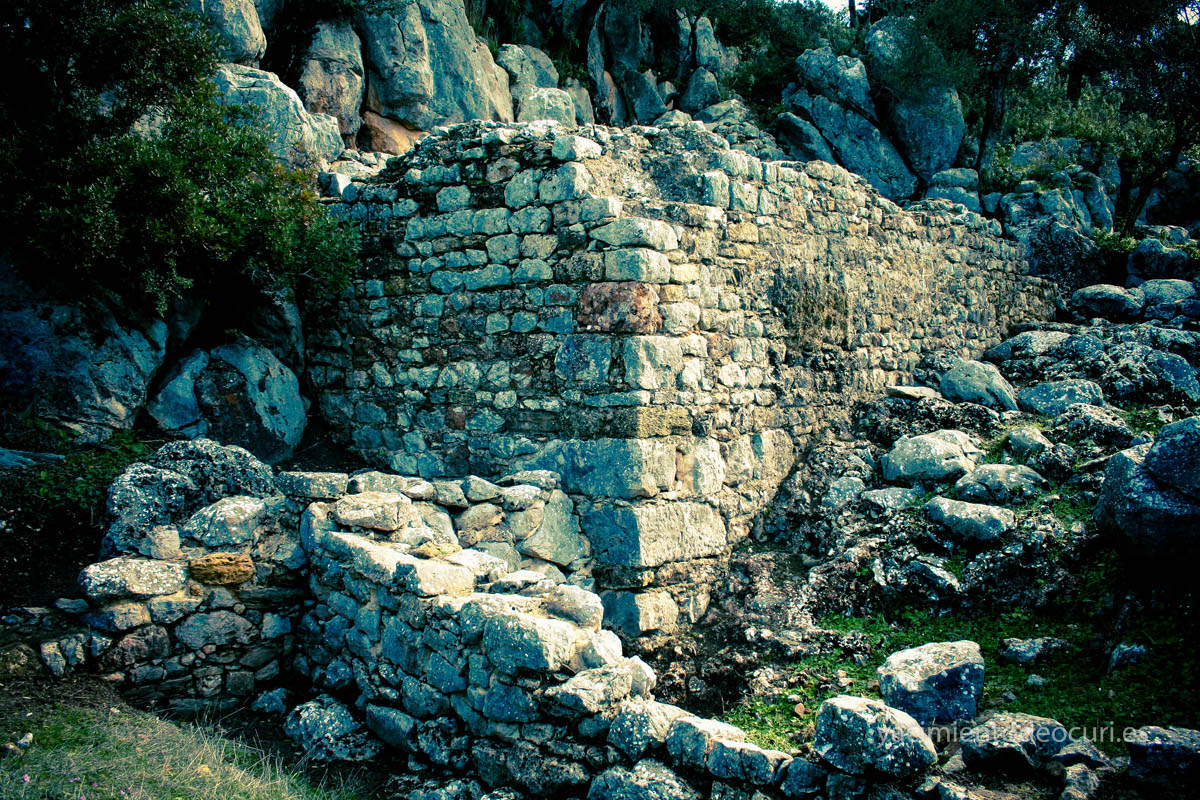 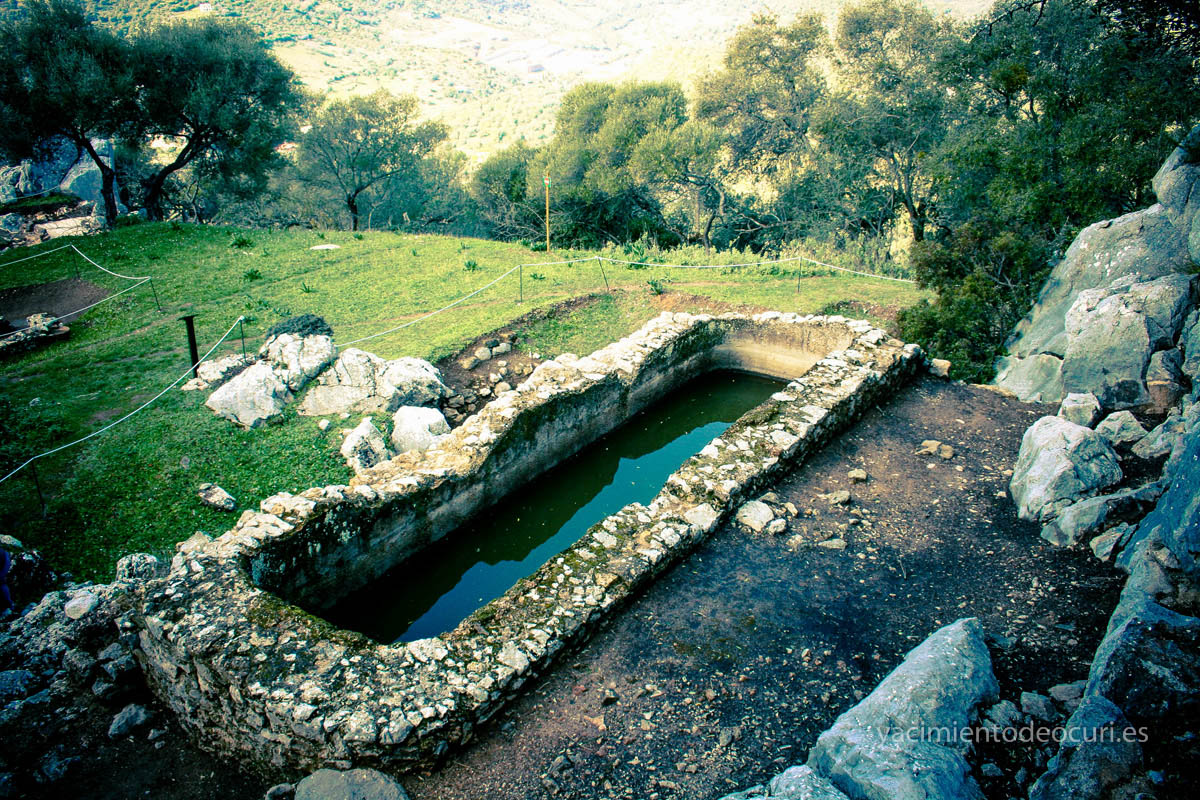