It is a small, almost square fountain made of squared limestone ashlars with a few fragments of brick. The walls must have been stuccoed. Its sides measure 2.06 m and 1.82 m respectively. The walls are on average 30 cm thick. At its corners there are two quarter-circle brick columns and it is covered on the inside with “opus signinum”, which has come down to us in very poor condition. In the centre may have been the lead pipe that supplied the water.
According to Juan Vegazo, a torso (without head or legs and with the outline of the left arm) of a goddess in marble, now disappeared, was found inside. 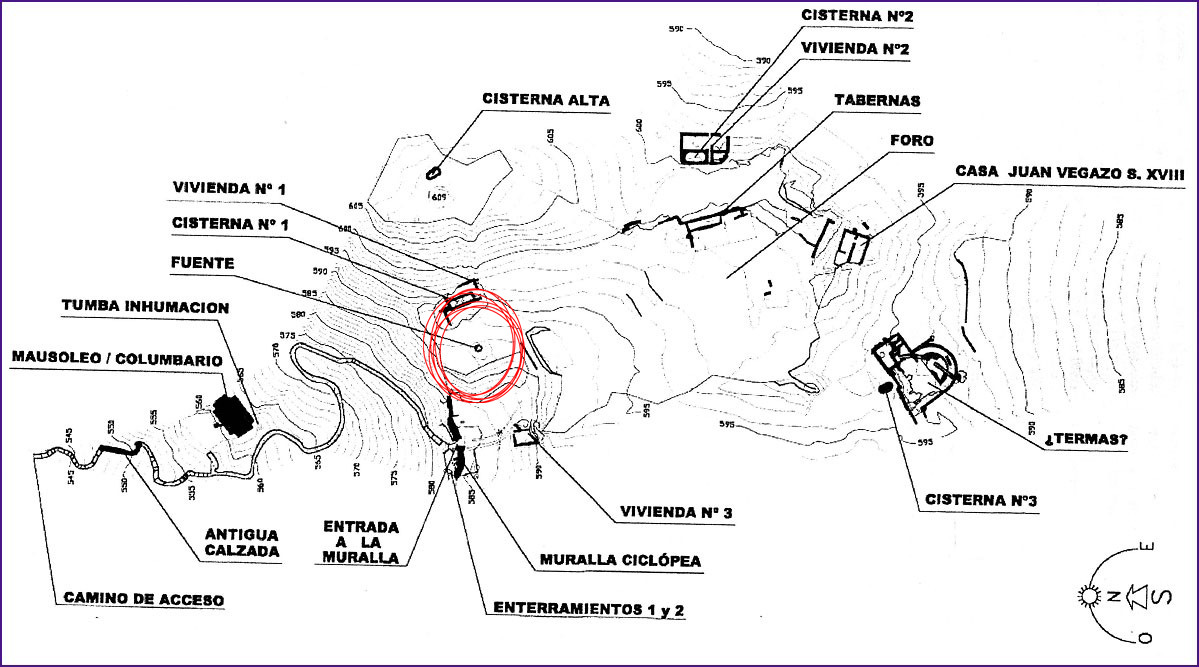 He describes it as “in a graceful robe” and decorated with two asps with bird-like wings on their heads, which, emerging from the waist, crossed over the chest, from which, in turn, two other serpents emerged. Recently it has been interpreted that this torso could be that of the goddess Minerva, as the snakes could be part of the “gorgoneion” (shield with the head of Gorgon), characteristic of the goddess of intelligence, peace and war.
As for its interpretation, the most plausible would be that of a small shrine with the four laterite columns plastered with stucco and with a small dome as a covering. It is not entirely clear whether the statue found by Vegazo originally belonged to the fountain or whether it was thrown there when the city was abandoned. 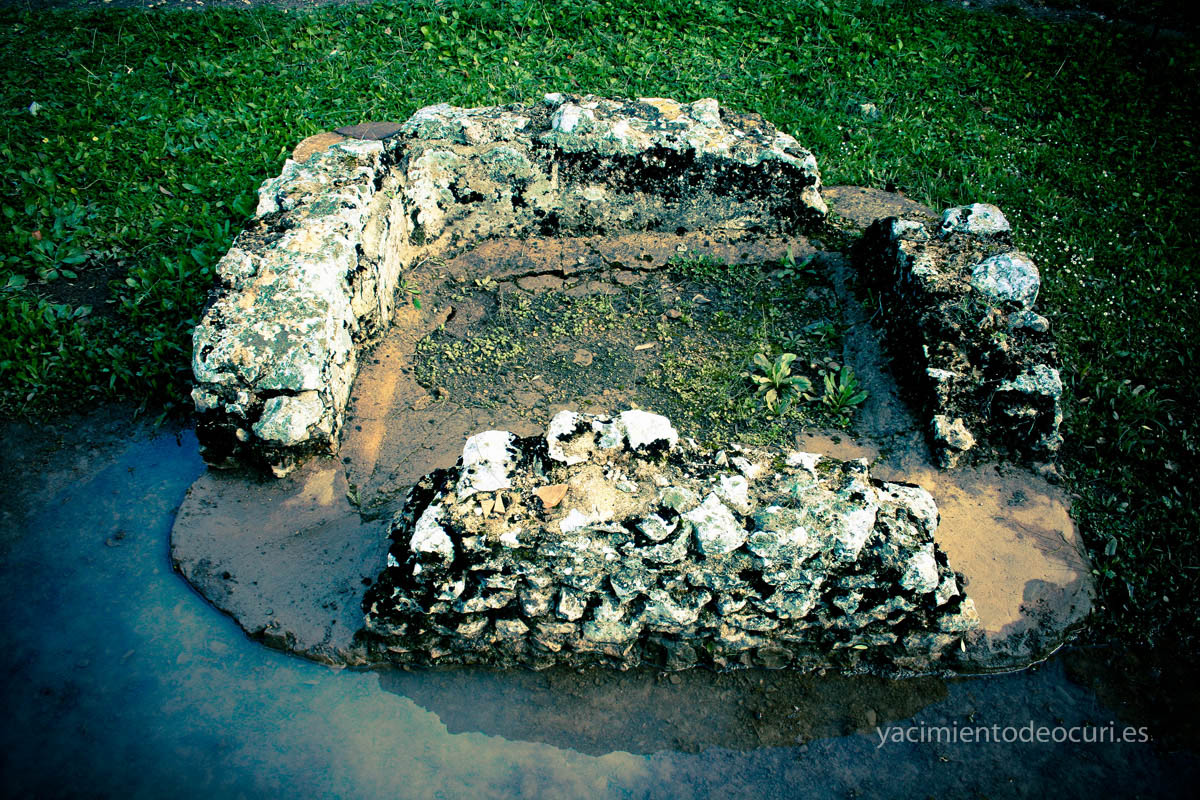 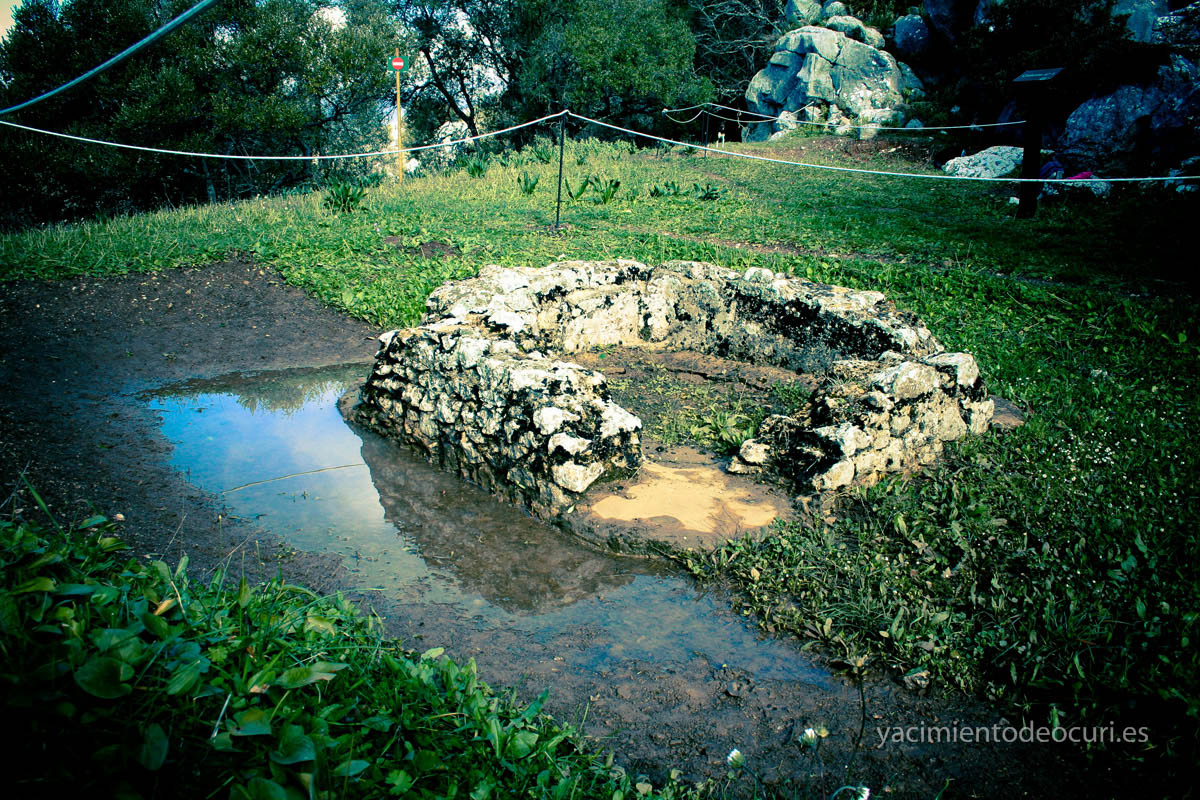 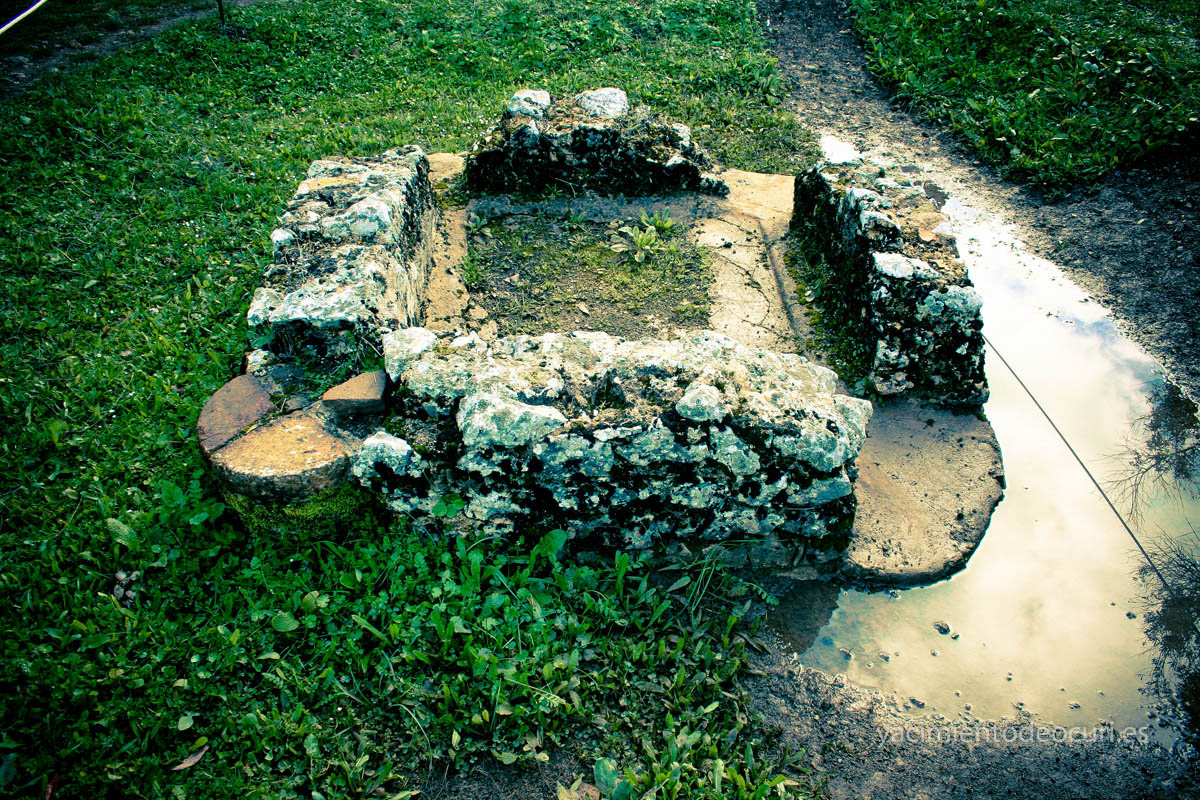