It is a defensive structure made up of a series of large irregular limestone blocks, placed “a hueso” (without mortar) and in which later rectifications can be seen made with mortared ashlars and even an area with cushioned ashlars. It is estimated that the wall must have had, in its final phase, an average width of about two metres, with large blocks on the outside, some up to 1.80 by 0.90 metres, placed in an anarchic but solid appearance. Sometimes the interstices are closed by smaller limestones.
The length of the preserved remains is about 26 metres and their height is about 3.65 metres, so it is estimated that they must have been at least 5 metres high. In the western area, a series of squared sandstone ashlars have been included in the base, which are different in both material and typology from the other limestone stones, as they are moulded and cushioned. It has been suggested that they are from the Carthaginian period. 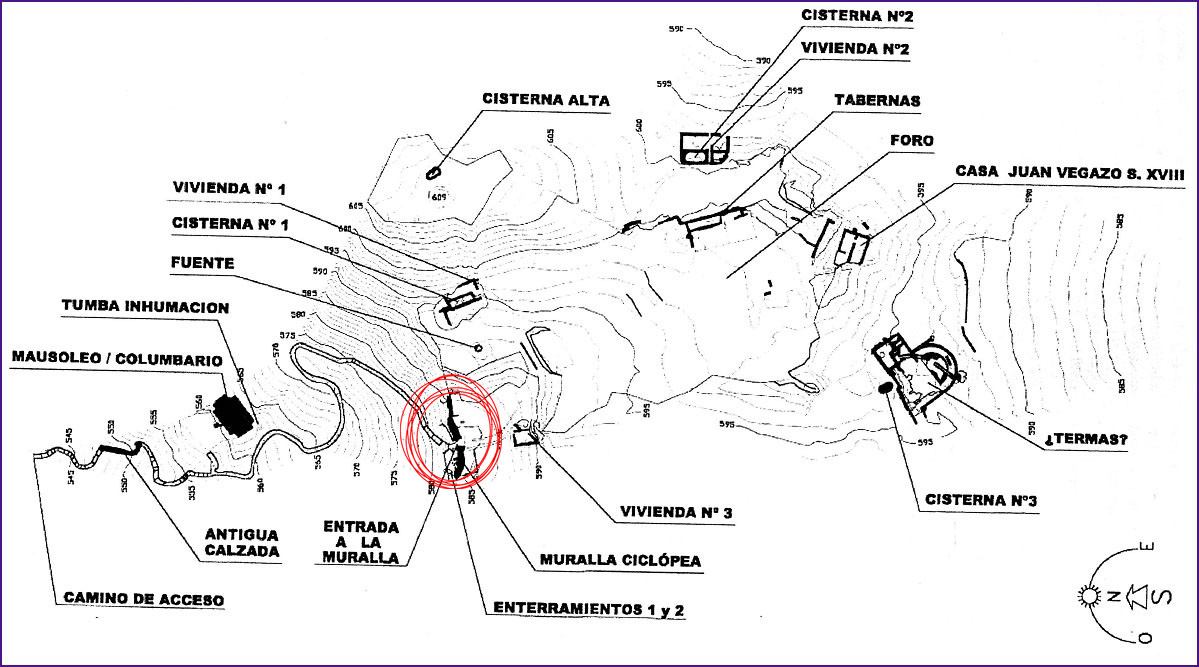 uring its excavation between 1999 and 2003, an entrance was found with forward pillars built differently from the rest of the wall and supported by perfectly squared cubes made of masonry of small rectangular ashlars joined with mortar. Externally they were plastered with stucco so they must have been part of a 1.70 metre wide doorway. Two ashlars with circular holes for the door hinge and various elements of the cornice and lintel with moulded lines are preserved. Some of the steps can also be seen.
Its chronology would range from the 5th century BC for its construction phase to the 3rd century AD for its abandonment. Therefore, its origin is fully Iberian, having been remodelled in the Carthaginian period (ashlars with cushions) and, above all, Roman, with the construction of the monumental gateway, which could be dated between the 1st and 2nd centuries AD, coinciding with the maximum splendour of the city. 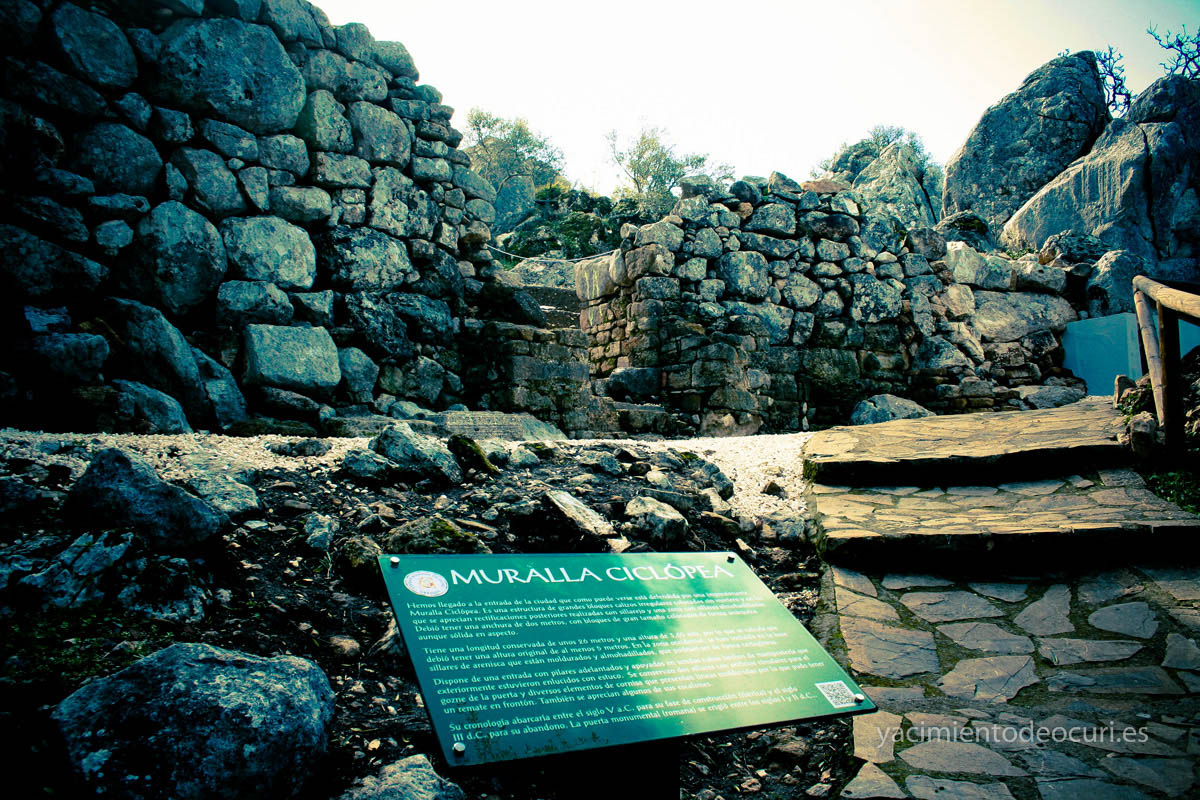 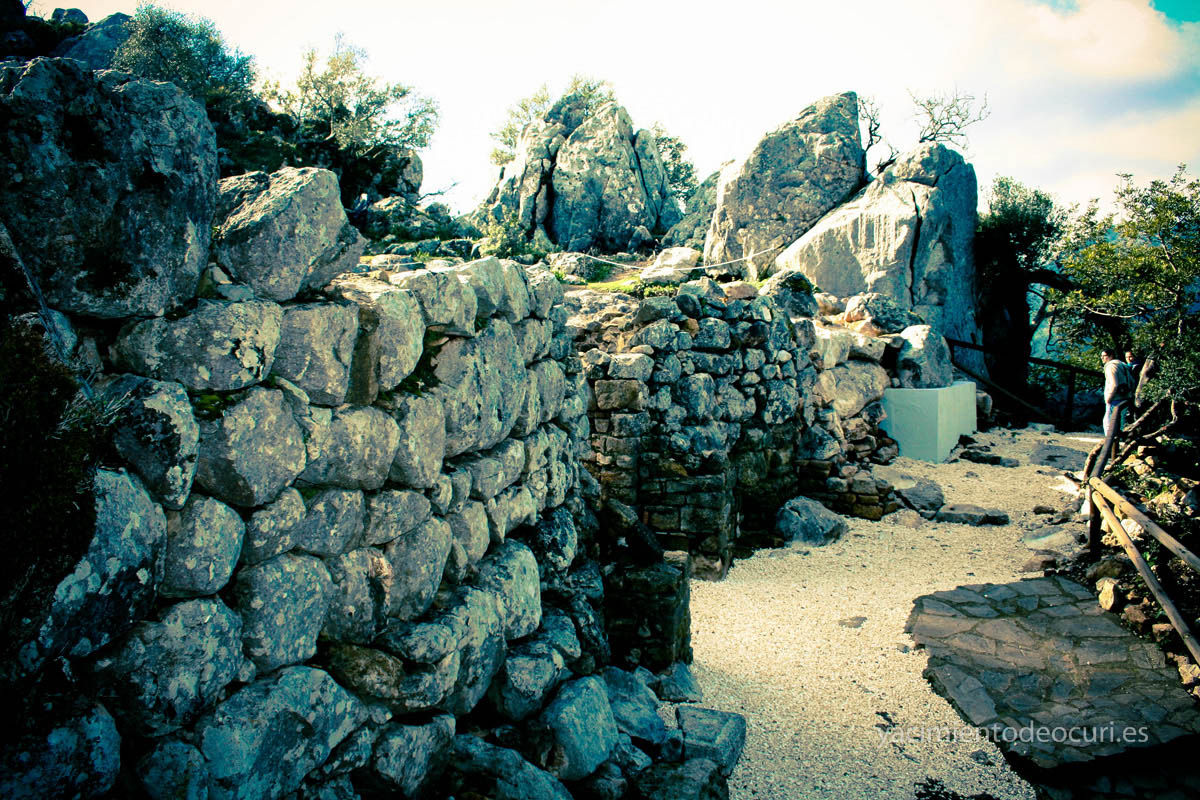 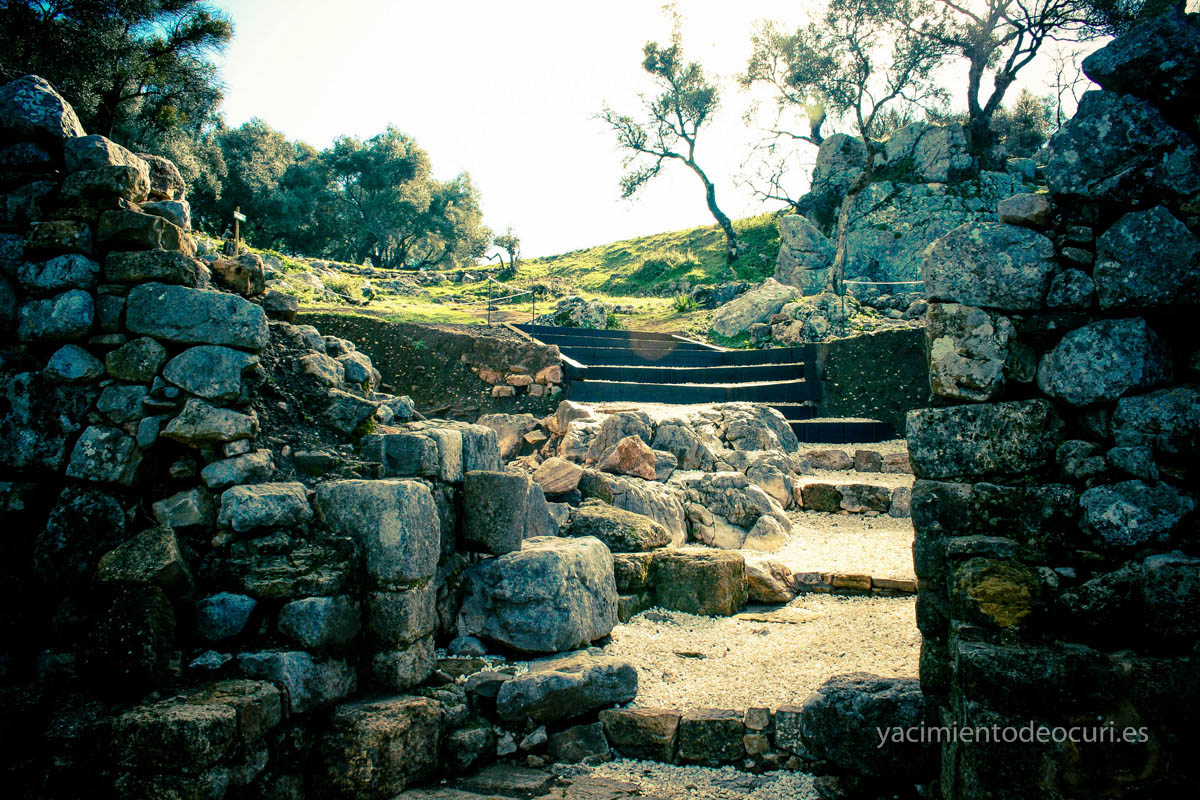