The Forum is considered to be the central part of the city, as it occupies geographically a predominant place in the site itself. Here the terraces are levelled out to a wider area, which would allow the layout of streets, one of which is visible, without adaptations to the orography as in the rest of the hill. However, there are currently no buildings as such, only a number of unconnected wall structures scattered throughout the large enclosure. In the western area there are two large perimeter walls that were identified as part of a “tavern”. The remains of the Casa de Vegazo, built on top of what may have been a temple, can be found in the southern part of the site. 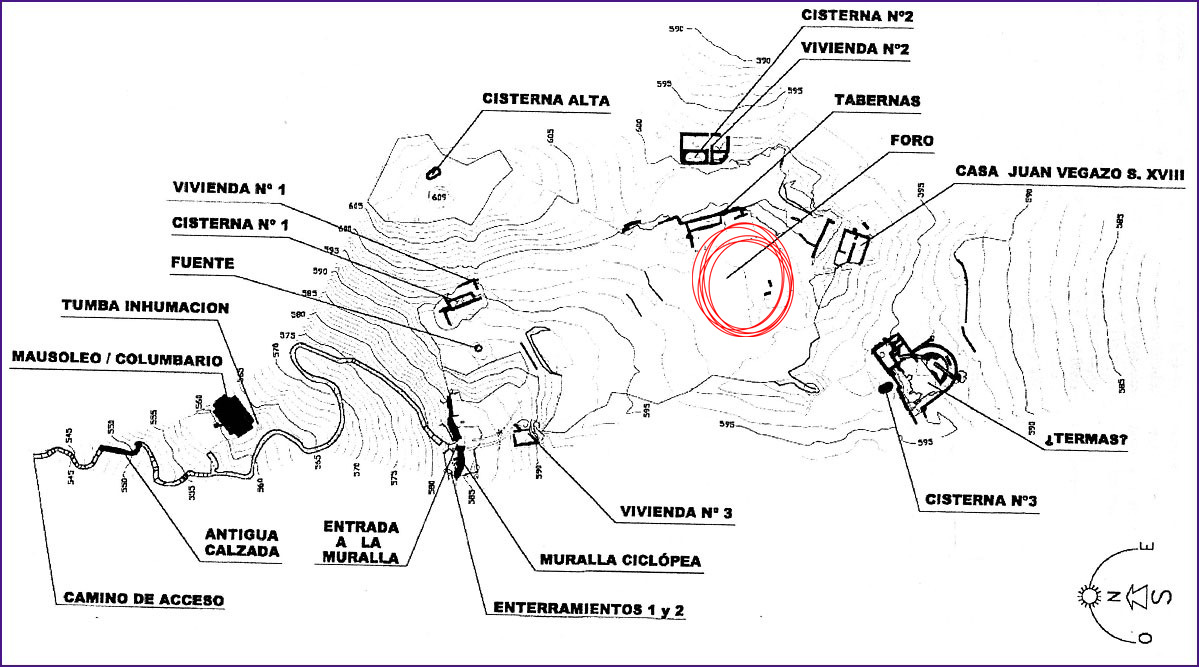 In this central area, Vegazo found the flagstone floor that he would use to pave his house and where the commemorative inscriptions of Antoninus Pius and Commodus, dedicated by the decurions of the “Res Publica Ocuritanorum”, as well as that of the priestess of the imperial cult Postumia Honorat, were found.
Additionally, the remains of a statue of a man wearing a lion’s skin, which has been identified as that of the emperor Commodus, and abundant building material such as shafts, capitals, bases, large ashlars, etc., some of which are still in the middle of the plain, have been found. The area is approximately 1,200 square metres in size and, as in all Roman cities, all commercial, financial, religious, administrative, social and economic activities would take place here. 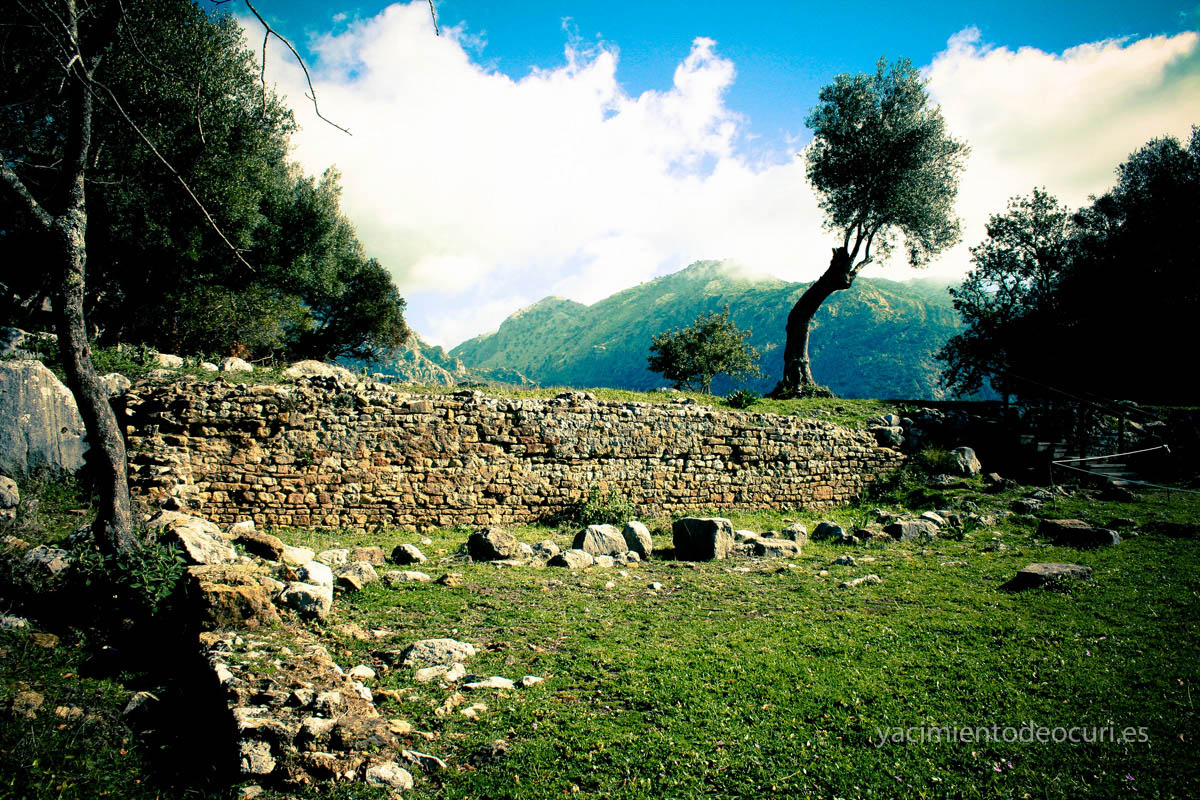 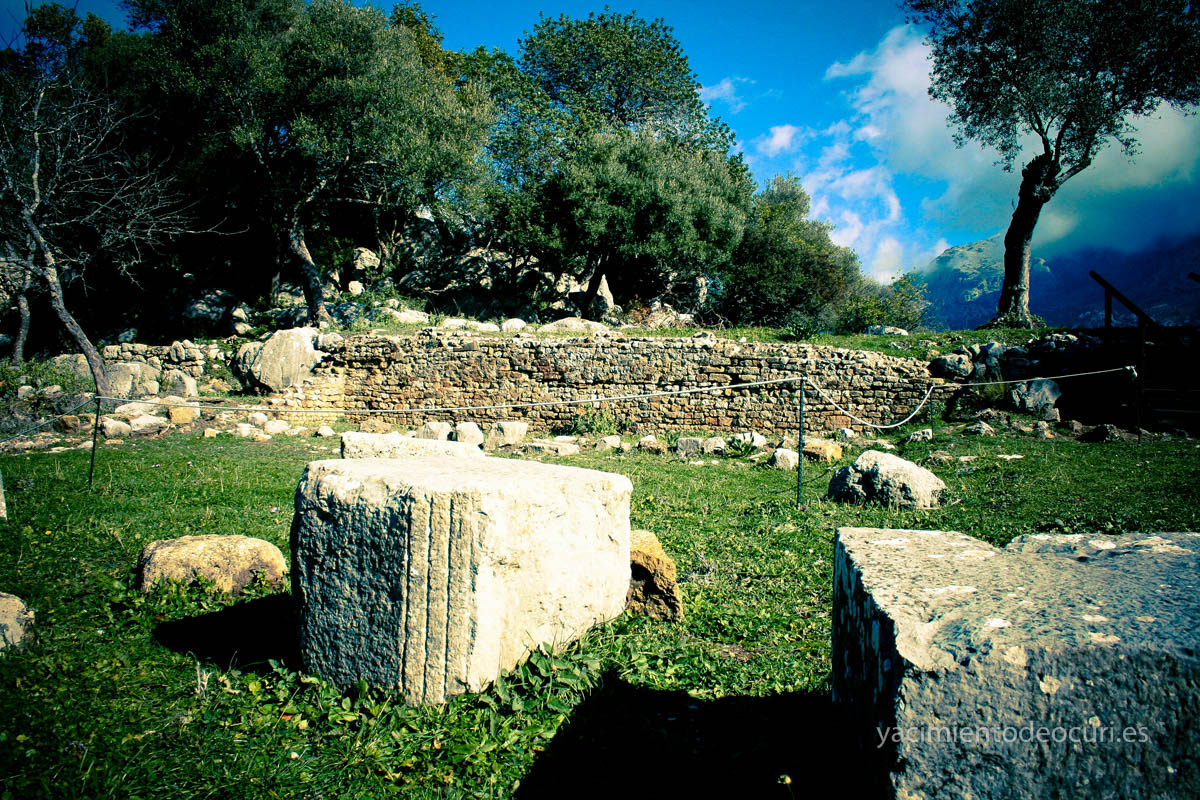 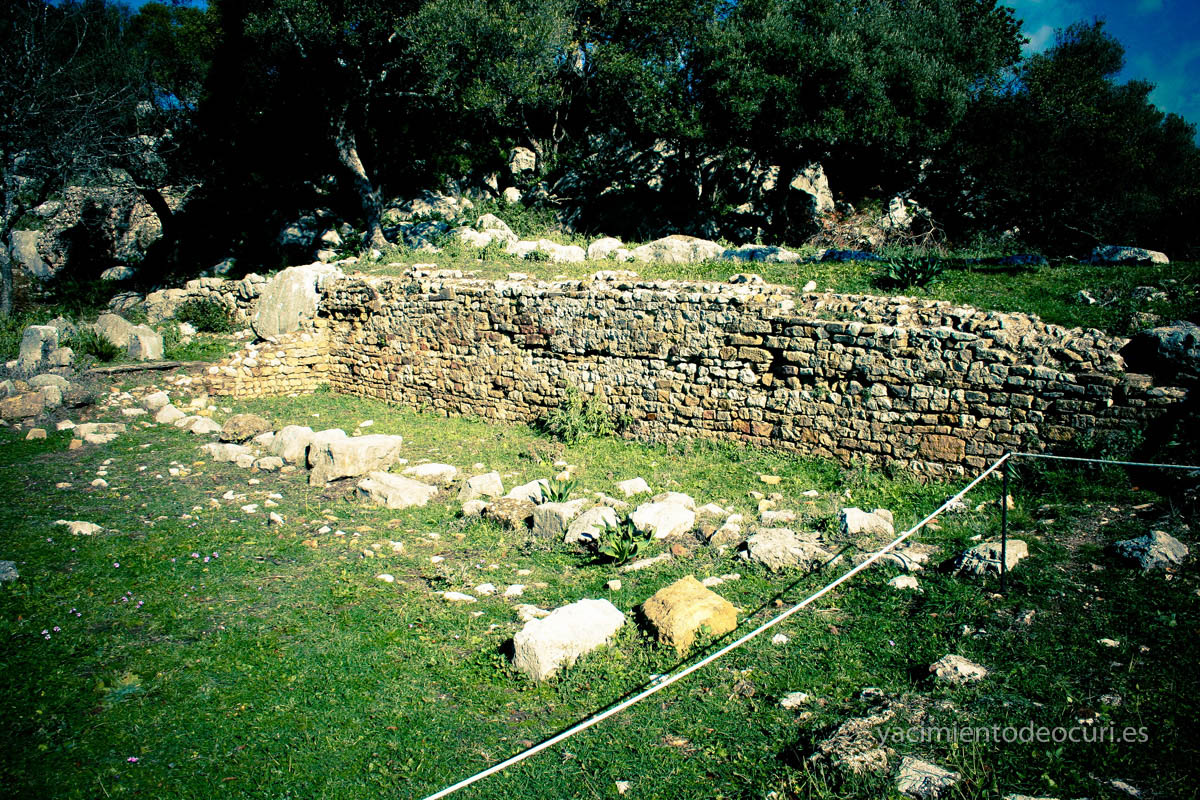