This is the most spectacular building structure of all those excavated to date. It is a complex of walls, pavements, cisterns, pipes, etc., which are currently difficult to interpret as they were over-excavated in the 1970s. It is more than 460 square metres in terms of what is preserved today, but it could have been even larger.
It is 23 m long and 19.40 m wide, and has a large semi-circular apse (exedra) on its southeast side, measuring some 11 m in diameter. The entrance to the thermal building is through an opening (“fauces”) in the northwest area that would have led to a perimeter corridor leading to the exedra on the right-hand side. At the end of this side wall there is a sort of small room that must have had a barrel vault. Behind it is a large L-shaped cistern, measuring 6.75 m long by 4.60 m wide on the longest side and 2.70 m wide on the shortest side, which may have been a “natatio”.
On the northwest side there is a small semicircular cubicle and two other small rooms whose function is unknown. 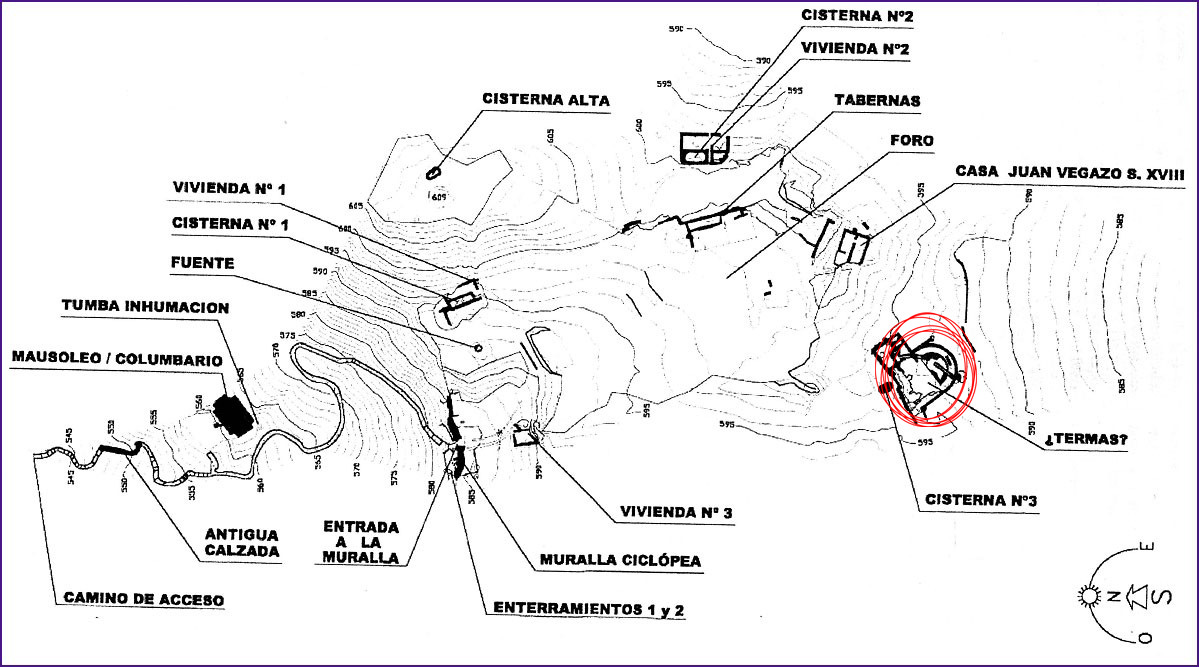 The remains of a tank are preserved here, which was covered with “opus signinum” and from which a large drainage channel (“specus”) ,almost 20 metres long, runs through the entire exedra.
The exedra is a semi-circle of “opus signinum” that seems to rest on lateral foundations that are not fully preserved. Next to the exedra is a pavement that forms a large central courtyard of almost 100 square metres in area, which could have been a “palestra.
Finally, at the end of the palestra there is a receptacle forming a polygonal face made of mortared masonry that must have received marble slabs. The area that has not been preserved has left the footprint of the structure on the floor, which would have been in the shape of an octahedron (2.70 m by 2.70 m). This structure may have been a bathtub made of marble slabs of the type “labrum”.
They must have been built between the end of the 1st century AD and the beginning of the 2nd century AD, and are the only Roman baths identified so far in the Sierra de Cádiz. 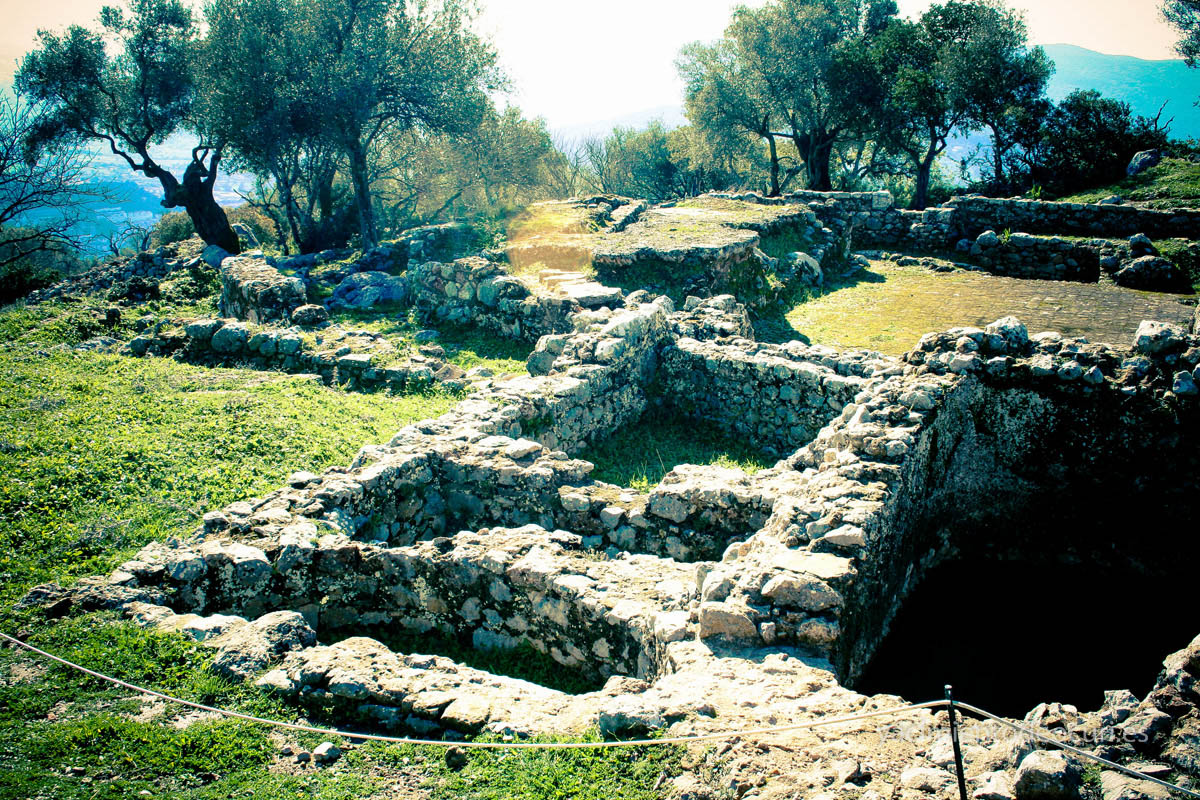 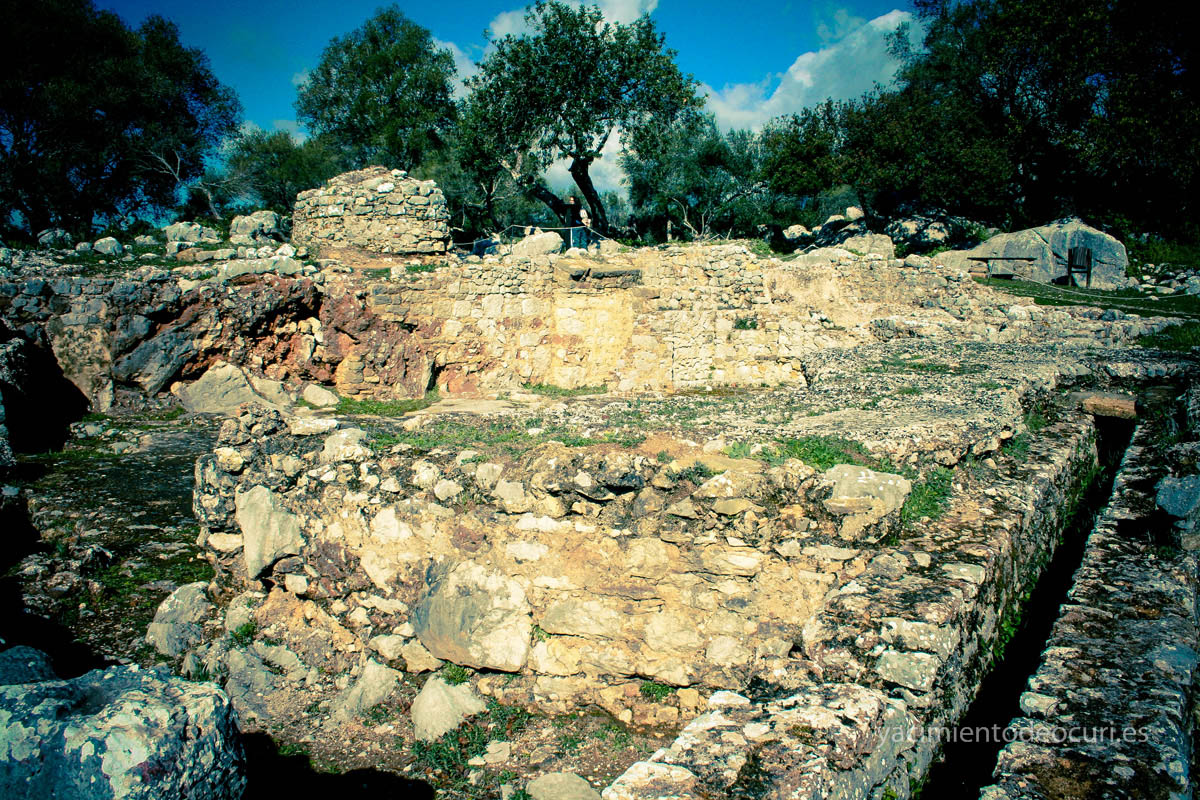 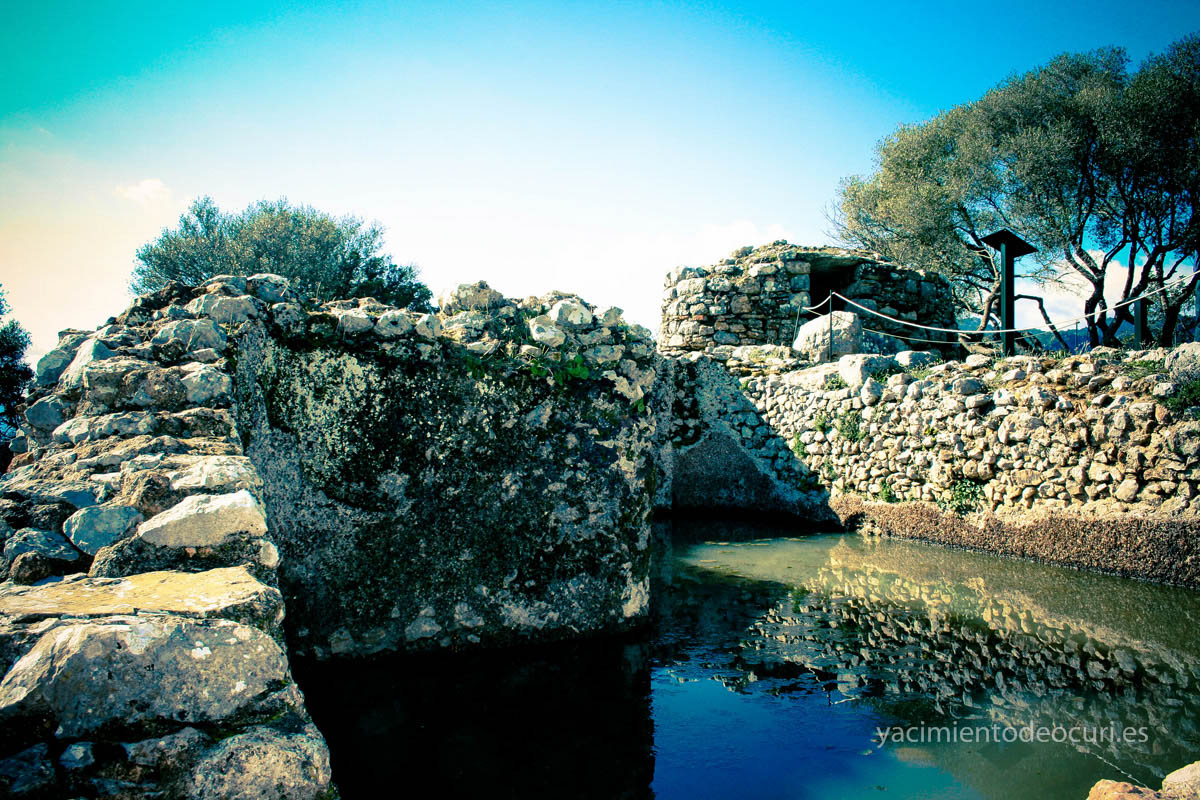